Originally published as "Memoirs of Mrs. Photograph of author opposite title page, other illustrations. Reprint of work.


My Artic journal : a year among ice-fields and eskimos : with an account of the great white journey across Greenland. Reprint of the edition Author is given as "Mrs. Charles Meredith". Of sheep and men: a story of the flocks, the founders and descendants of Victoria's western plains over a period of almost years in Australia's history. Index, black and white photographs See index for Ballarat and Eureka Stockade references Signed by the author. Savage life and scenes in Australia and New Zealand : being an artist's impressions of countries and people at the Antipodes.

Shot in the dark; a pre-Eureka incident being the petition for the compensation case of Benden S. Penguin Colonial Facsimiles series Originally published Black and white photographs and illustrations. 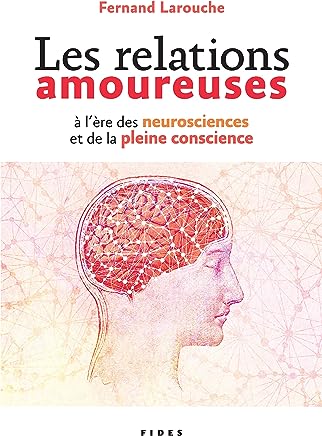 Being a facsimile reproduction of six chapters from "Our Antipodes: or, Residence and Rambles in the Australasian Colonies, with a Glimpse of the Gold fields" by Godfrey Charles Mundy, with the addition of Selected illustrative material of the period. Arranged and presented by Bill Hornadge.

The convict settlers of Australia: an enquiry into the origin and character of the convicts transported to New South Wales and Van Diemen's Land Australian Classics series Originally published Facsimile of title page opp. The first settlement of the Upper Murray : to : a short account of over two hundred runs : to The floating brothel : the extraordinary story of the "Lady Julian" and its cargo of female convicts bound for Botany Bay. The flowers of the field : a history of Ripon Shire, together with Mrs Kirkland's "life in the bush" from Chambers's miscellany, The girl from Botany Bay : the true story of the convict Mary Broad and her extraordinary escape.

Index, maps, illustrations Facsimile of the edition published by F.

The horse, the wheel and language : how bronze-age riders from the Eurasian steppes shaped the modern world. The isle of the dead : Port Arthur : inscriptions on the headstones and historical background of the cemetery at Port Arthur penal establishment The men who united the states : the amazing stories of the explorers, inventors and mavericks who made America. Covers Wangaratta, Benalla, Bright, Beechworth and district Index, black and white photographs, maps. The people of Budj Bim : engineers of aquaculture, builders of stone house settlements and warriors defending country.

The plantation of Ulster : the British colonisation of the north of Ireland in the seventeenth century.

The war's best photographs : pictorial masterpieces of the greatest struggle the world has known. Years of adventure : fifty years of service by the country women's association of Victoria Yendon's World War 1 memorial book : the stories of the 60 men who spent part of their life in Yendon before serving their country in the Great War A girl at government house: an English girl's reminiscences : 'below stairs' in colonial Australia.

What they never tell you: secrets and strategies for surviving the first 6 months of motherhood. My Mother's Time : a collection of household hints providing glimpses of family life in Australia in the early s. The ultimate book of household hints : hundreds of hints and tips and long-kept secrets! Colonial voices : letters, diaries, journalism and other accounts of nineteenth-century Australia.

THE MEMOIRS OF FRANÇOIS RENÉ

Self-help less : 57 pieces of crucial advice for people who need a bit more time to get it right. Sub title on cover: "Six Australian writers explore the joys and frustrations of being a sister". Complete and unabridged. The illustrated Edgar Allan Poe : a selection of the tales together with a poem edited and with an introduction by Roy Gasson.

How Starbucks save my life : how one man who had it all lost everything-then found it again at Starbucks. Bayond Love. Bill Wannan's folk medicine : a miscellany of old cures nd remedies, superstitions, and old wives' tales having particular reference to Australia and the British Isles. Bush nurses : inspiring true stories of nursing bravery and ingenuity in rural and remote Australia. Gut reactions : everything you wanted to know about burping, bloating, candida, constipation, food allergies, farting and poo but were afraid to ask.

On eggshells and through minefields : living with the psychological effects of trauma : a partner's perspective. Daniel J.

Covering the last decade of his life, this correspondence primarily documents McIlhenny's extensive social activities and the numerous friendships he cultivated in America and abroad. Many of the letters pertain to an exchange of invitations to dinner parties, cultural events, and vacation rendezvous, along with follow-up thank you notes. There are also numerous letters of thanks from McIlhenny for the many gifts he'd receive, ranging from a duck door knocker and jar of Col. Biddle's curry powder to having a star named after him as a Christmas gift in Knowing his interest in horticulture, long-time friends, such as Walter and Lee Annenberg, often sent plants and flowers.

Based on the number of times received, orchids were McIlhenny's favorite. He also apparently enjoyed receiving cookbooks, and various foods, such as caviar, which he claimed to be his "favorite dish," and chocolate mints, which he described as his "fatal weakness. Letters written by McIlhenny's secretary informing correspondents of his death in the spring of are included as well as letters of condolence, including a photocopy of a telegram sent by President Ronald Reagan to the Philadelphia Museum of Art.

Some correspondence refers to McIlhenny's art collection and various organizational affiliations. Most are general inquiries and solicitations, or a mix of business with long-standing friendships. In both cases, appropriate cross-references were made. Some papers were transferred to other series. The only correspondence too numerous to cross-reference or transfer were requests to see or to borrow works of art from McIlhenny's collection. Almost every folder contains at least one visitor's request.

The loan requests are less frequent, and McIlhenny refused most. The many requests to which McIlhenny did agree are in the "Art collection" series. McIlhenny's personal letters of thanks to various individuals for their contributions to the Philadelphia Museum of Art are also included.

The four folders at the end of the subseries each consist of multiple correspondents. The letters in the "Thank you" folder are to friends identified by first name only. Most of the "To whom it may concern" correspondence pertains to employees of McIlhenny. The signatures to letters in the "Unidentified" folder were indecipherable.

The use of general alphabetical folders reflects the original filing system, as does the combining of "Philadelphia" and "Ireland" correspondence. During processing, however, any correspondent represented with at least ten items was filed individually. July Sept.

Wainscott, Long Island, NY. Date: , , n. Consisting of correspondence, bank statements, account books and journals, appraisals, insurance policies, and legal agreements, among other material, this series documents approximately 50 years of the financial management of McIlhenny's assets, and to a lesser extent that of his sister, Bernice Wintersteen.